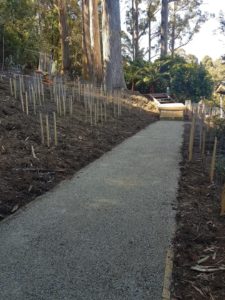 So many projects happening with our DirtGlue Industrial organic polymer! Did you know it is UV stable and has had its water absorption rate lowered to less than 5%.What this means, is the Polymer will not break down and deteriorate in the sun and rain, therefore has incredible longevity in its application. This is something other polymer companies cannot claim or substantiate. #organic #polymers #polymer #aggregatebinder

DirtGlue Industrial is not only available for construction professionals, but you can also use it for your DIY projects at home! Use it to stabilise your garden pathways or footwalks around the home. This is an organic, non-hazardous non-dangerous eco-friendly polymer product. DirtGlue Industrial is available for sale across the globe, please contact Global Environmental Solutions for a distributor in your region. #environmentalsolutions #organic #garden #global #forsale #constructionprofessionals #polymers #polymer 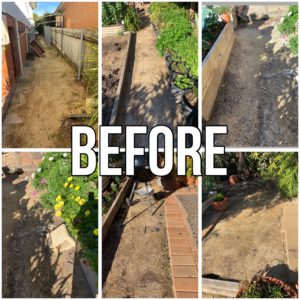 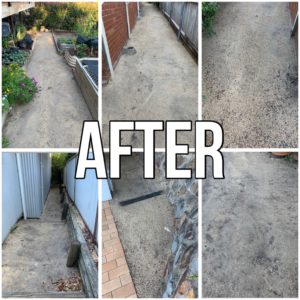 DirtGlue is used to bind pebbles and aggregate together and to create an aesthetic and long term base. DirtGlue is non-hazardous and perfect to use in environmentally sensitive areas. 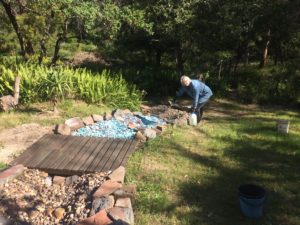 They said this track would never last, and they were probably right. However, thanks to a timely DirtGlue intervention, the track now has a fighting chance of surviving.

Background
Howrah Beach and Little Howrah Beach is separated by an 80 metre section of rocks. The walk across the rocks is hazardous, especially when the tide is up. The beaches attract a lot of walkers so providing a safer path between the beaches made a lot of sense. Clarence Council devised an ambitious plan to construct a path over the rocks, ambitious because high tides would rise above the level of the path.

In February 2016, the path was constructed. Within weeks, high tides had smashed the path and it had to be repaired, and then repaired again. In April, Clarence Council contacted us to see if DirtGlue® could save the track. To demonstrate the capabilities of DirtGlue® we treated a 10 metre section of the track. Six months after the application, the treated area of track was as firm and secure as the day it was treated. Unlike the rest of the track which was suffering badly.

Having passed the trial, Clarence gave us the go ahead to treat the rest of the track with DirtGlue®.

Outcome
The path has been saved. As well as creating a long lasting sealed gravel surface, DirtGlue has also locked-in the rocks that contain the gravel.
This project is a great example of DirtGlue working in extreme environmental conditions.